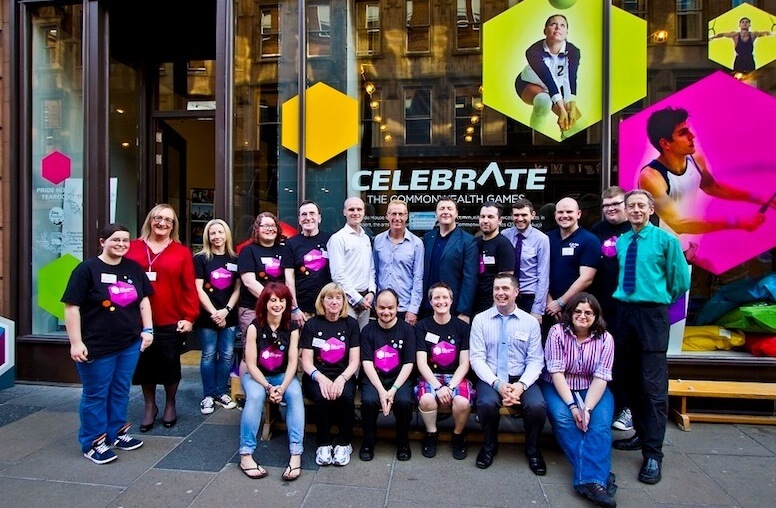 The Pride House Birmingham team has launched a new podcast series featuring impactful, informative conversations about the intersection between sports and LGBTQ+ rights, as the build-up to the 2022 Commonwealth Games continues.

The series will welcome guests including athletes, coaches, officials, event organisers and those working to advance human rights in different parts of the Commonwealth.

The aim is to celebrate the achievements and visibility of those providing representation for LGBTQ+ communities in Commonwealth sport; and to celebrate the progress made by human rights defenders based in the expected 72 nations (54 countries) whose athletes will compete at Birmingham 2022.

Each episode will also seek to inspire potential volunteers to get involved and encourage participation in sport and physical activity, particularly for LGBTQ+ youth.

Through the sharing of stories and experiences, Pride House Birmingham hopes to rally wider support and allyship for the causes most important to activists and organisations advocating for LGBTQ+ rights; and broaden understanding of the pivotal role that sport plays in breaking down stereotypes about lesbian, gay, bi and trans people, all around the world.

The first episode sets the scene for this summer’s venue space by focusing on the success of Pride House Glasgow, the first of its kind to be held during the Commonwealth Games.

Co-organisers Hugh Torrance and Katherine Burrows join host Jon Holmes to discuss what they set out to achieve in 2014 and how the space that they helped to create brought together a diverse mix of people from across the member nations.

Hugh and Katherine also share special memories of the activities they put on in Glasgow and pass on advice for those interested in volunteering at Pride House Birmingham, which will open its doors and welcome visitors in July 2022. Learn more in this article on the Sports Media LGBT+ website.

Episode two - available soon - will continue the history of Pride House at the Commonwealth Games with a look back at the Gold Coast 2018 venue.

To access the podcast on your device, go to: https://podfollow.com/the-pride-house-podcast

Hugh Torrance on what a Pride House can be:

“The beauty of the model is that it isn’t necessarily one thing. There’s a multitude of different opportunities and experiences that can be going on, sometimes simultaneously.”

“There was never a dull moment. It was just so diverse and fun - everybody and anybody could come in. But there were also these serious moments when we had to be thinking hard about the problems some people faced, where they came from. They would visit and say, ‘oh my god, this is wonderful’ - because we were standing up for the cause.”

“I remember walking around the venue with a group of women who came from Botswana and were part of the athlete delegation. They didn’t want people to know that they’d been in there. The women were in tears, absolutely overcome with emotion at being able to be in a space where they felt like they could be themselves, but also really challenged about what that meant for their life back home. Spending time with those women gave me an insight into what something like Pride House can be. You don’t always realise the level of impact you’re making but actually talking to people and understanding that can be so powerful.”

A Pride House is a welcoming hub devoted to inclusion and culture that is established at a sporting event. Visitors include competing athletes, fans and spectators, VIPs, and people fulfilling other roles. A busy programme of activities, performances, screenings and entertainment is supplemented by viewing opportunities of live action from the sports event itself.

At Birmingham 2022, and for the first time in Commonwealth Games history, Pride House Birmingham will be fully integrated, ensuring wider awareness of its ‘Celebrate, Participate, Educate’ ethos and programme of events.