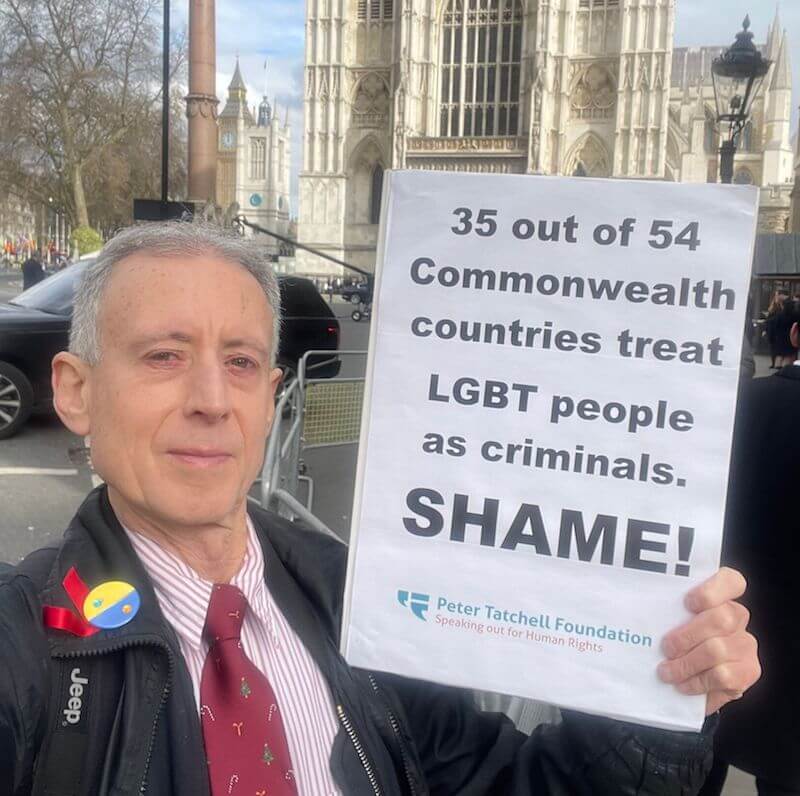 Visitors to Pride House Birmingham can expect to find an atmosphere of party, protest and cultural passions, say organisers of the project dedicated to inclusion at the Commonwealth Games.

The venue located in the city’s Gay Village - just a short walk from the Smithfield site where beach volleyball and 3x3 basketball will be played - is preparing to open its doors and welcome the public from Friday 22 July.
Announcing an initial itinerary of events based around its theme of ‘Celebrate, Educate, Participate’, Pride House aims to combine the thrill of watching live sport with activities that emphasise the importance of equality and diversity.
The build-up to Birmingham 2022 will include a keynote speech on fighting for human rights in the Commonwealth from veteran campaigner Peter Tatchell and the opening of a special exhibition that explains the past, present and future challenges facing LGBTQ+ citizens in the association’s member states.
"The Commonwealth Games present an unmissable opportunity to directly address the ongoing discrimination of LGBTQ+ people across the Commonwealth,” says Tatchell.
"Since I spoke at Pride House Glasgow back in 2014, there has been relatively little progress made on LGBTQ+ rights in the member states. Sport is a powerful vehicle with which to address equality and celebrate diversity and I look forward to contributing towards the Pride House programme.
“Pride House is a safe, welcoming and supportive space for LGBT+ athletes, officials and spectators. It sends a message that we are here, we are queer, and in the Commonwealth, we are everywhere.”
Following a VIP reception, Friday night revellers will be among the first to experience the Pride House space above The Loft Bar & Kitchen on Bromsgrove Street, and there will also be film screenings and live coverage of knockout-stage matches at the UEFA Women’s Euros in the week leading up to the Games’ opening ceremony on July 28.
That must-see curtain-raiser will also be shown live at Pride House, albeit with a twist, as the venue’s resident drag queen provides an alternative commentary that is sure to be acerbic yet appreciative.
Fans dropping in will be able to watch Birmingham 2022 on big screens while also enjoying refreshments in the venue’s bar area and cafe; the latter is family friendly and alcohol-free. Pride House volunteers will be on hand throughout to provide information and support to visitors.
Events focusing on education will shine a light on topics such as trans inclusion in sport, queerness and Islam, and the experiences of LGBTQ+ asylum seekers. Campaigners including Matt Mahmood-Ogston from the Naz & Matt Foundation and the first publicly out gay Qatari, Dr Nas Mohamed, are among those who will contribute to these discussions.
Meanwhile, there will be a party feel to the ‘Participate’ strand of programming, with fun fitness and wellbeing sessions on offer plus a Pride Paddle session put on by British Canoeing that will chart a route through Birmingham's canals.
Less physical exertions can be enjoyed in the on-site ‘Gayming Arena’ - delivered in partnership with Gayming Magazine - which will also witness a two-day LGBTQ+ esports celebration on August 1 and 2.
Meanwhile, new skills can be picked up at the quilt-making workshop where participants will contribute to the new HIV awareness quilts as part of the Birmingham HIV/AIDS Memorial ‘Cover Up’ project; and there will be a mix of entertainments staged every evening, with comedy, drag and club performances in store.
“We are excited to be bringing such a varied programme to Birmingham during the Games,” says co-organiser Neil Basterfield. “There’s something for everyone, with a wealth of homegrown talent and local experts alongside space to relax, have a drink and watch the live sports action from around the Midlands.”

Pride House Birmingham (PHB) is a venue devoted to inclusion and culture that is located in the heart of the city’s Gay Village. It will open to all in the week before the start of the Commonwealth Games and will welcome guests for the duration of the multi-sports event.
Pride Houses have been established at many sporting events around the world since 2010. Visitors include competing athletes, fans and spectators, VIPs, and people fulfilling other roles in the event itself. A busy programme of activities, performances, screenings and entertainment is supplemented by viewing opportunities of live sport.
At Birmingham 2022, and for the first time in Commonwealth Games history, the Pride House will be fully integrated, ensuring wider awareness of its ‘Celebrate, Participate, Educate’ ethos and programme. An ongoing series of Pride House workshops has been delivered to local schools in recent months, funded by the Commonwealth Sport Foundation.
PHB is being championed by a group of athlete Ambassadors, five of which will compete at Birmingham 2022 - Team England duo Stacey Francis-Bayman (netball) and Tom Bosworth (athletics); Scotland wheelchair basketball stars Robyn Love and Jude Hamer; and India sprinter Dutee Chand.
The venue, which is supported by main sponsors PWC and DXC Technology, is scheduled to open on Friday 22 July, ahead of the start of the Games on Thursday 28 July.