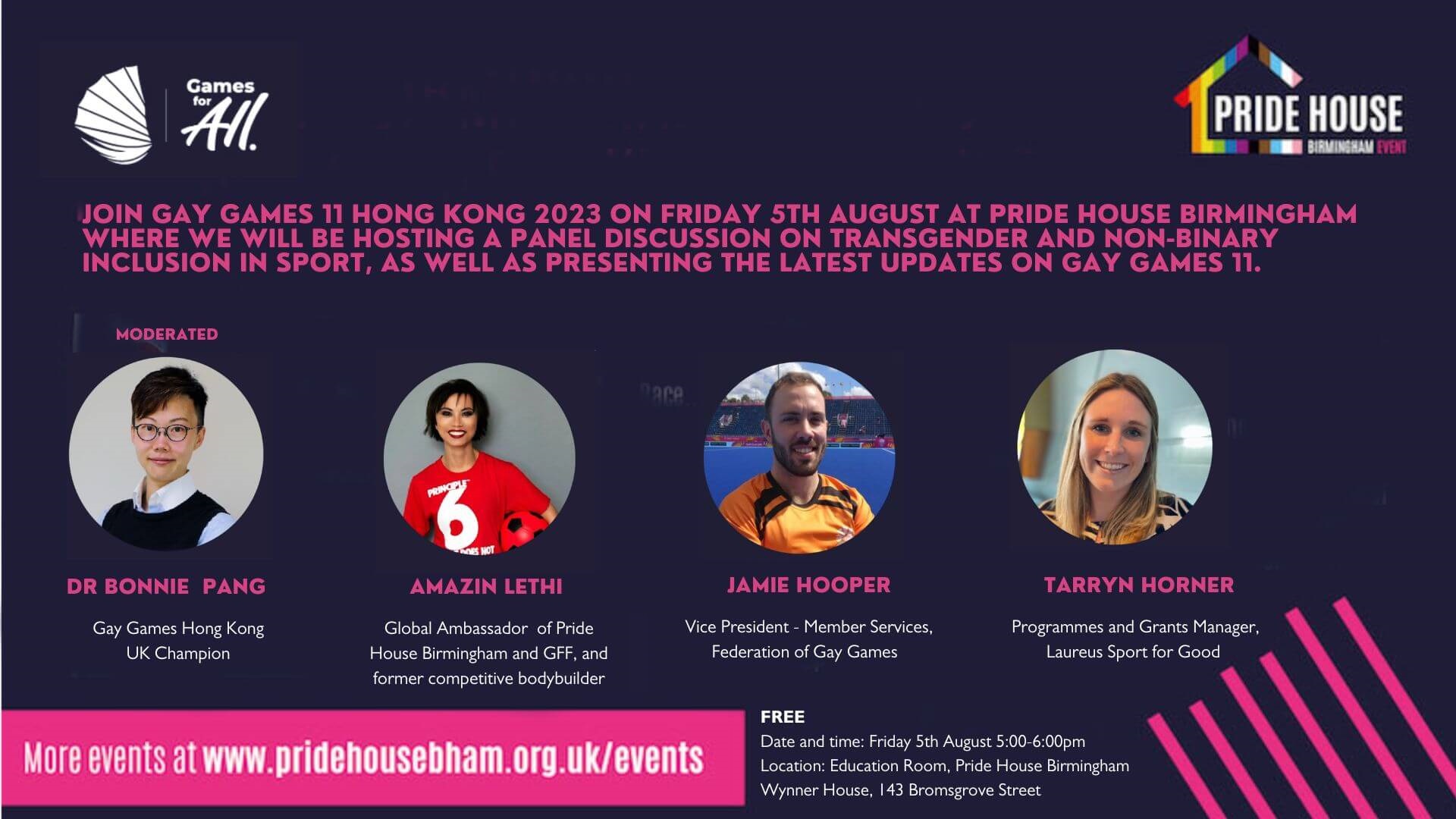 FINA, the international federation that administers competitions in water sports, recently voted to prohibit transgender women from competing unless they began their medical treatment to suppress the production of testosterone before attaining puberty. The Federation of Gay Games (FGG) disagrees with this decision, as it conflicts with our founding vision of a world united through the power of sport.

FGG will continue to acknowledge that only participants have the right to identify their gender, and a participant should never feel left out or forced to participate in a Gay Games competition that does not align with their identity.

You are cordially invited to join us at Pride House Birmingham on 5 August, where our panel of experts will discuss transgender and non-binary inclusion in sport, as well as present the latest updates on Gay Games 11. The 11th Gay Games will be held 3-11 November 2023 simultaneously in Hong Kong and Guadalajara, Mexico.